A bit on English history !

A bit on English history !
A bit on English history !
Posted on September 27, 2009 in Windsor castle and Tutbury castle
0 Comments
So I haven`t been here much so just what have I been up to ?
well I have taken in a bit of English history and heritage !
It was Gary`s birthday a few days before the hugglets show, so it was time to put the bears down and do something different, as the weather has been surprisingly good lately what better than a few days out and about.
Here are a couple of pics of Windsor Castle, what a fabulous place, well worth a visit if you haven`t been . We are both into the TV series “the Tudors”, so enjoyed the Henry VIII exhibition. We walked through the Great Hall, the one damaged by the awful fire a few years ago, now fully restored. It is lined with the coats of Arms of all the Knights of the Garter, we looked for the Shields of Knights at Henry`s time. Along the sides of the room were lists of names and dates of all those given this title. The corresponding Shields lined the ceiling, some of the shield were painted grey these symbolised disgraced knights, looks like quite a few where disgraced during Henry`s reign. 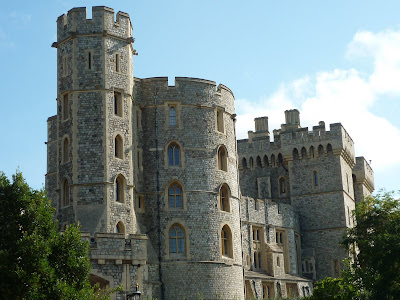 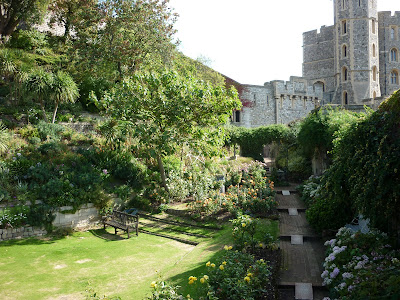 These pics are from a visit to Tutbury castle, Staffordshire, these murals are in the tea room,
the dragon is stunning! 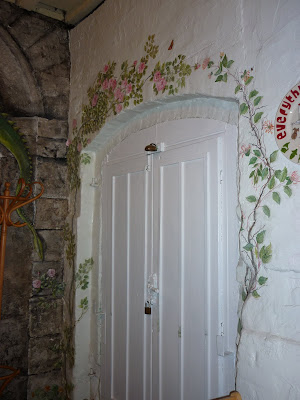 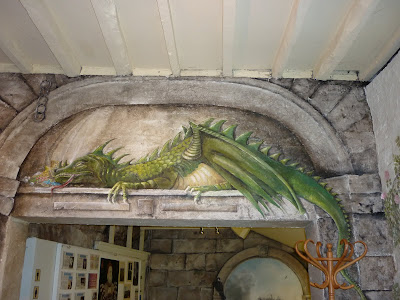 The castle is now in ruins thanks to Mr Oliver Cromwell !
It had been the prison of Mary Queen of Scots during Elizabeth I reign.
they hold great firework displays here for Bonfire night, think we will be going again this year.
For those of you who don`t know
The gun powder plot intended to blow up the Houses of Parliament. In doing so, they would kill the King, James I, maybe even the Prince of Wales, and the Members of Parliament who were making life difficult for the Catholics.
Guy Fawkes, who was in the cellar of the parliament with the 36 barrels of gunpowder when the authorities stormed it in the early hours of November 5th, was caught, tortured and executed.
On the very night that the Gunpowder Plot was foiled, on November 5th, 1605, bonfires were set alight to celebrate the safety of the King. Since then, November 5th has become known as bonfire night. The event is commemorated every year with fireworks and burning effigies of Guy Fawkes on a bonfire. 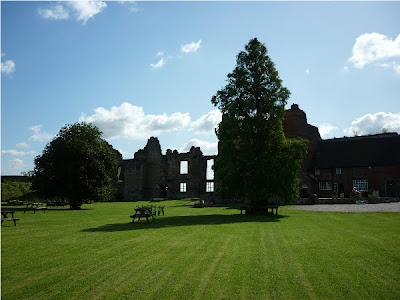 Leave a reply Click here to cancel the reply

And Be One Of The First To Receive Notification That New Bears Are Available,